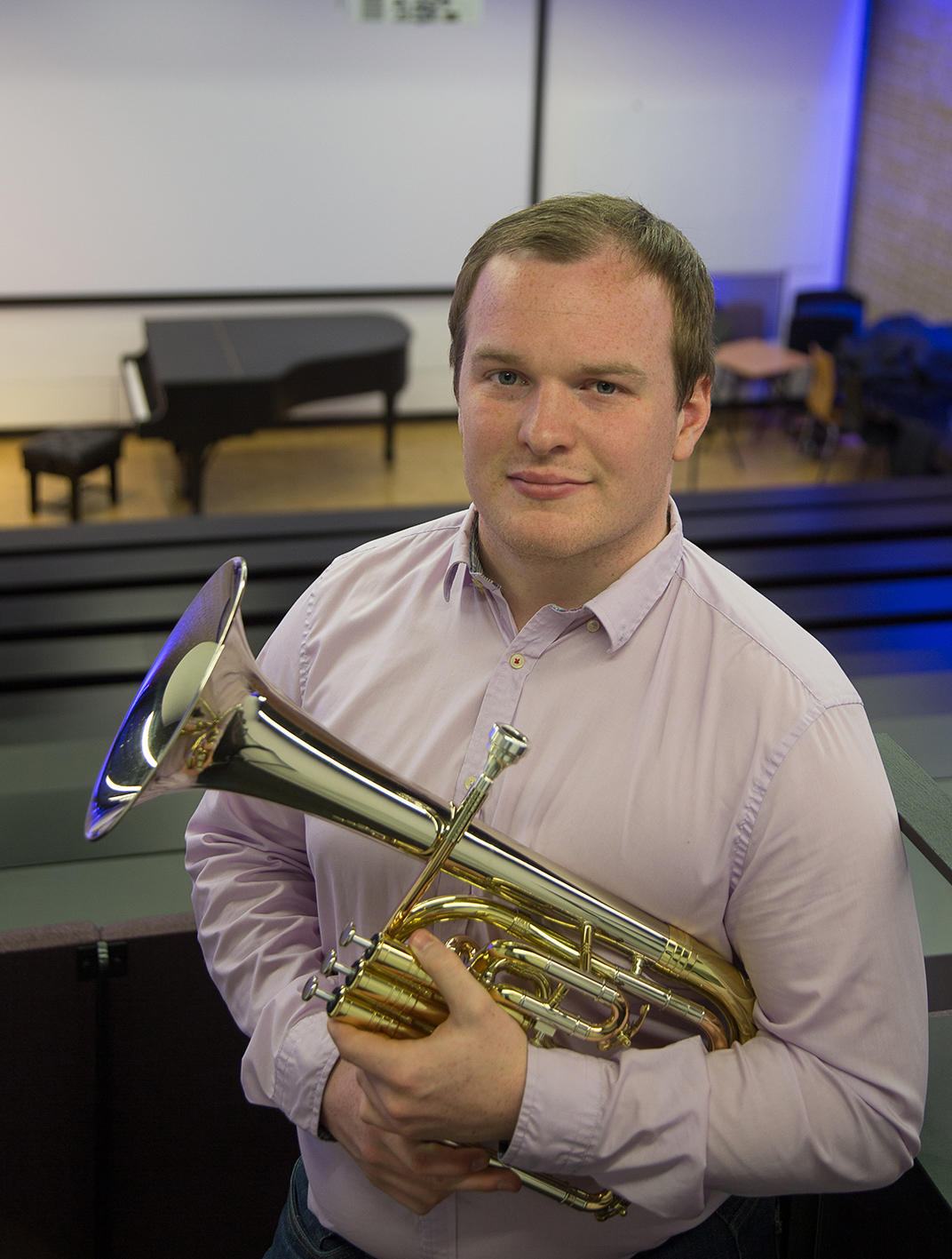 Jonathan Bates is a composer and arranger hailing from Huddersfield, WestYorkshire. He first took an interest in composition in 2009 whilst studying music at secondary school, and soon found himself dedicating alot of time to writing tenor horn duets for himself and his teacher at the time, Mark Bentham.

This keen interest then accelerated when he produced his first substantial work for brass band - Within the Paths of Righteousness (2011) - as part ofhis school studies into serialism. At the time of writing, Jonathan was a member of the National Youth Brass Band of Great Britain under artistic director Bramwell Tovey. It was on the Easter course of 2011 where Maestro Tovey gave Jonathan’s music it’s first public platform, with the NYBBGB performing this work in full alongside compositions by Arthur Butterworth and Ray Steadman-Allen.
‍
Since this first performance, Jonathan has gone on to compose for many of the world’s leading bands and soloists to perform and record, with his music featured by Black Dyke Band, Grimethorpe Colliery, Foden’s, Tredegar, Carlton Main, Leyland, Flowers and Virtuosi GUS to name a few. He has also composed a Euphonium Concerto for globally renowned soloist David Childs (which was the title track of a full album of Jonathan’s music - Stratos - recorded by the Flowers Band) and Cornet Concerto for Lode Violet, recorded by Brass Band Willebroek in 2018.
‍
In terms of more substantial works for brass band, Jonathan’s music has been used at both the UK Regional and National Championships, the New Zealand National Championships, World Championships, North American National Championships, Swedish National Championships, Norwegian National Championships, Dutch National Championships and French Open, and his works have been performed in halls such as London's Royal Albert Hall, Queen Elizabeth Hall and Wigmore Hall, Birmingham Symphony Hall, Manchester's Bridgewater Hall, The Sage Gateshead, Bergen Grieghallen and the KKL Luzern.

Jonathan graduated with First Class Honours after 4 years studying Composition at the Royal Northern College of Music under the tutelage of Gary Carpenter, Paul Patterson, Emily Howard, Tom Scott and Adam Gorb, and during that time he had the opportunity to work alongside composers such as Harrison Birtwistle, Oliver Knussen, Mark Simpson and Simon Bainbridge in masterclass situations. Whilst studying at the RNCM, Jonathan had the opportunity to write for the BBC Singers and also won the college's prize for Big Band Composition in his 2nd year.