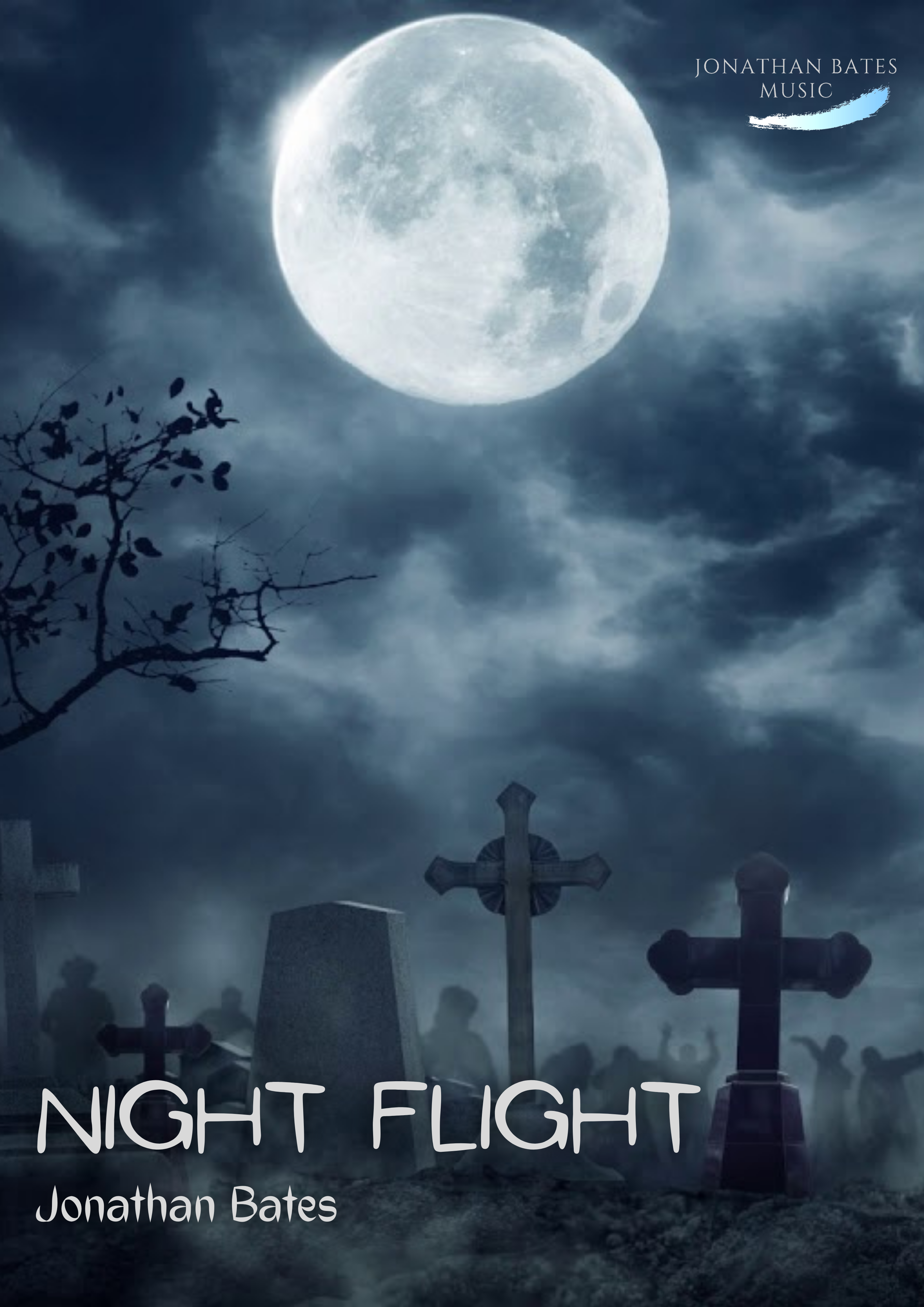 'Night Flight' was composed for the Foden's Band's appearance at the 2021 Brass in Concert Championships held at The Sage, Gateshead. The band's theme encompassed a large range of monsters and creatures and this work depicts one of the most notorious monsters in folklore; Count Dracula.

Throughout this short, virtuosic showpiece for Soprano Cornet and Euphonium, you can hear multiple strains of Mussorgsky's 'Night on a Bald Mountain' (with which Foden's Band opened their programme).