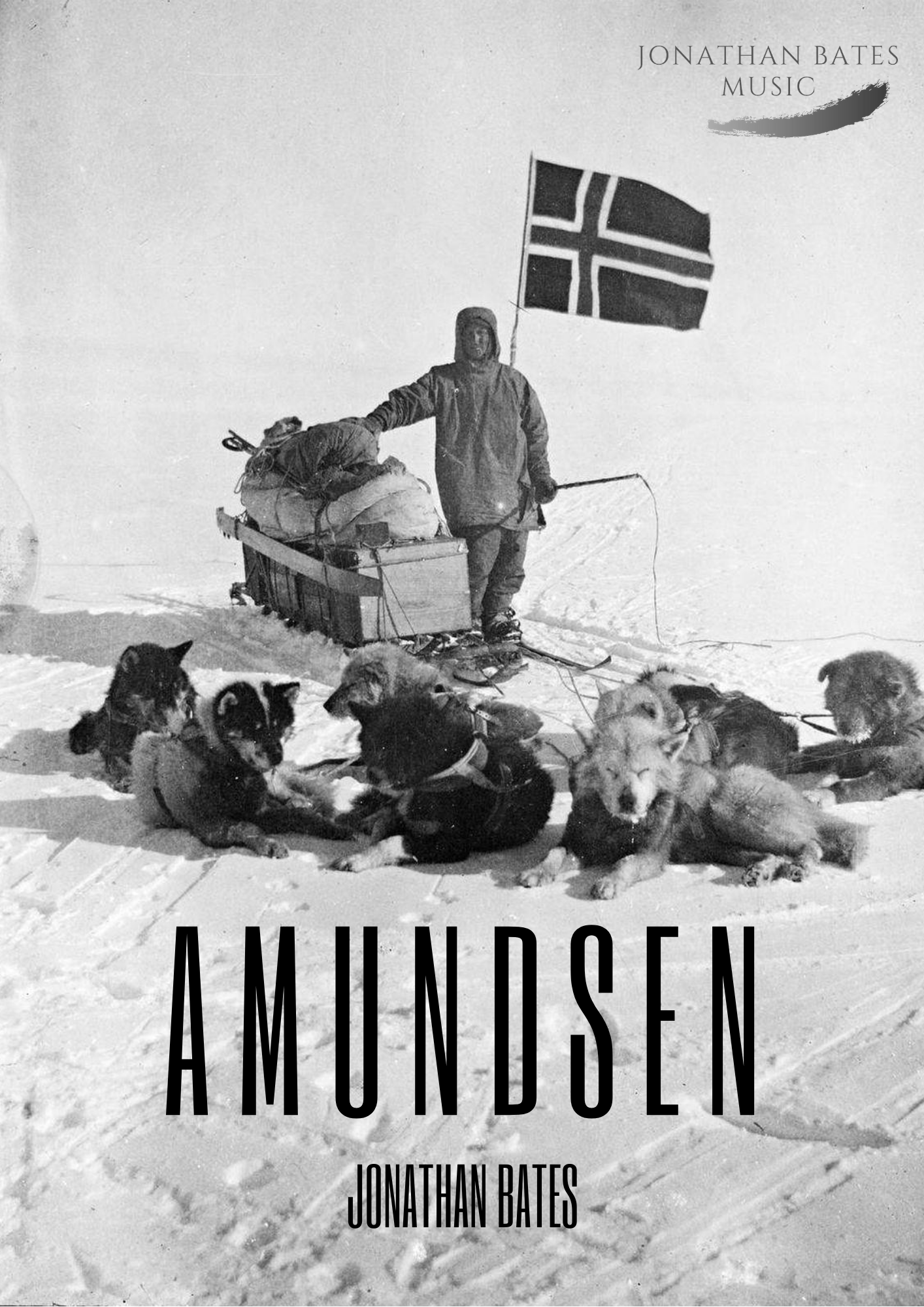 £ 74.95
This product is out of stock.
Product is not available in this quantity.
View Piece

'Amundsen' was commissioned by Ørskog Brass, Norway for their winning performance at the 2020 Norwegian National Championships held at the Grieghallen in Bergen.

In December 1911, Norwegian Roald Amundsen gained global fame by becoming the first explorer to lead a team to the geographic South Pole. Amundsen and 4 other members of his team arrived 5 weeks ahead of a rival team from the UK led by Robert Falcon Scott, all of which perished on their attempted return from the pole.

Initially when Amundsen's team set out in 1910, they were under the impression that they would be making the far shorter journey to the arctic drift to attempt to reach the North Pole, but Amundsen had received news that American explorers Peary and Cook had beaten them to this goal, and so Amundsen's focus changed southward.

'Fram, Forward' -
'Fram' (translating to English as "forward") was the name of the ship Amundsen used for this particular polar expedition. Amundsen had only informed 2 people of his real intentions of conquering the South Pole when the ship first left port in Kristiansand before heading south to the Portuguese island of Madeira in the Atlantic Ocean. After weeks at sea - causing the uninformed members of the crew to raise a number of questions and produce a general feel of uncertainty and low spirits - it was here that Amundsen announced his true plans to the rest of his crew. They were asked whether they wished to continue with their expedition, to which all - some begrudgingly - agreed to sail on to the South Pole, through the great Ice Barrier before docking in the Bay of Whales on the Ross Ice Shelf.

'Ross Ice Shelf' -
Upon Amundsen's arrival in the Bay of Whales, the team were greeted by the sight of the enormous ice plateau's and glaciers, towering into the Antarctic sky. In 1907, Ernest Shackleton had attempted - and failed - to reach the South Pole, but his route and mapping was by now well documented. Scott and the UK team were to follow this route, whereas Amundsen and his men forged their own way to the pole through unchartered territory and deadly terrain littered with deep crevasses and canyons. The music here though, is a picture of tranquility. The eerie silence of total emptiness with only the heavy snow falling around Amundsen as Fram and the Bay of Whales disappears into the distance, faced by the maginute of the expedition ahead.

'Advance to Polheim' -
The first new challenge Amundsen discovered on this route was a rough, sharp and extremely steep glacier (which was later named the Axel heiberg Glacier after the Norwegian monarch who funded much of the expedition), which would take his team up from sea level to an altitude of over 9,000ft in just 20 miles, with most of this over just 7 miles. Once scaled, only the vast Antarctic Plateau stood between Amundsen and the pole. Here the race began, with only one aim - victory for himself, his team, and for the whole of Norway.