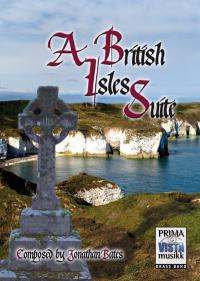 A British Isles Suite is a musical exploration of poetry from around the British Isles.  Each movement takes inspiration from a quote of literature specific to the country in question.  The work is written in a symphonic style with a moderately paced opening movement, a slow and expressive second movement, a lively two-part minuet and a grand finale.

I - Scotland "When chill November's surley blast, make fields and forest bare" - from Man Was Made To Mourn by Robert Burns

II - Wales "Though lovers be lost, love shall not" - from And Death Shall Have No Dominion by Dylan Thomas

IV Ireland "How do we tell the dancer from the dances?" - from Among School Children by William Butler Yeats