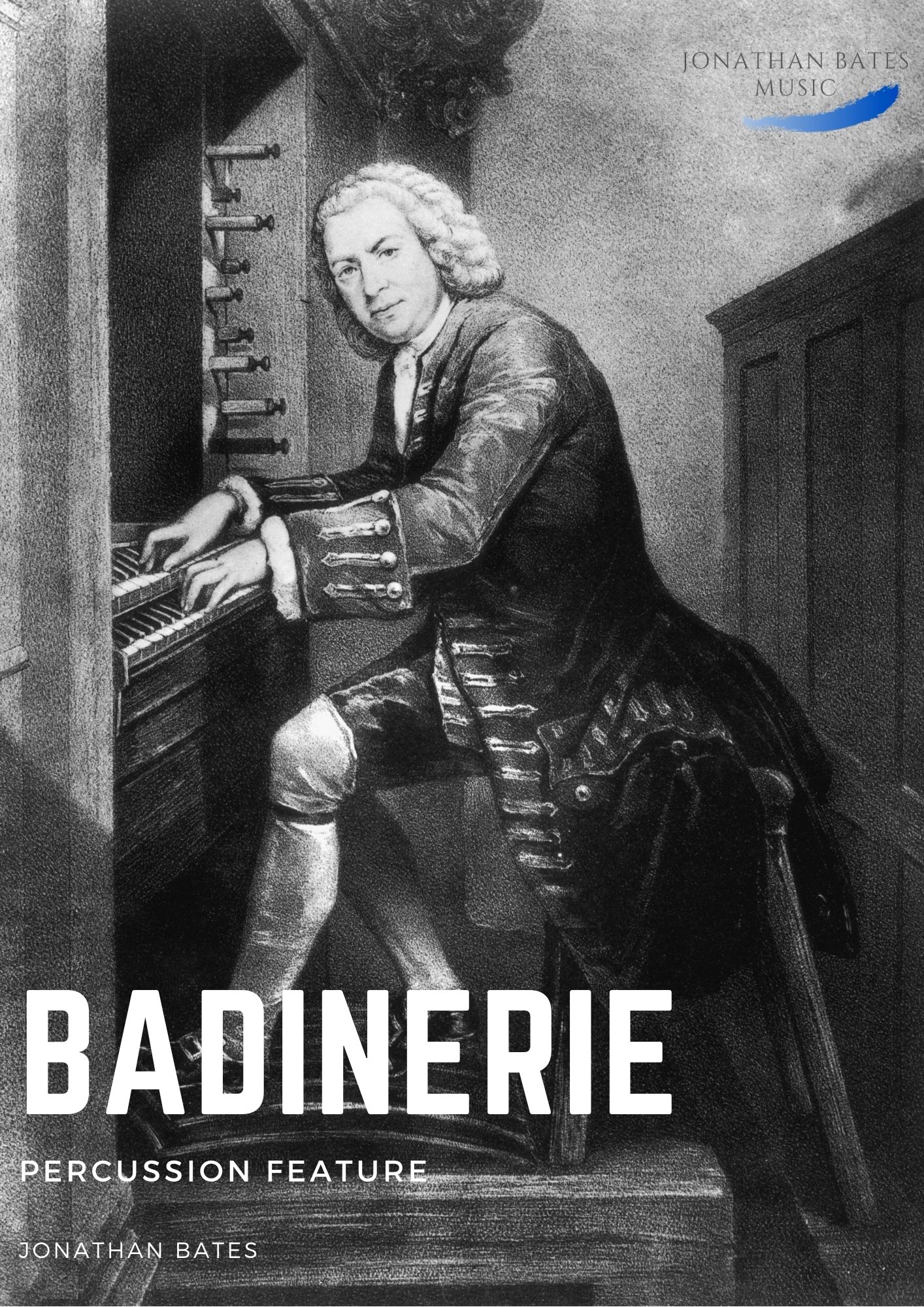 J.S Bach originally composed 'Badinerie' as part of his Orchestra Suite No. 2 in B Minor, and quickly became one of the most popular virtuoso show-pieces for flute players due to it's quick pace and complexity. In more modern times, the melody has become synonymous with the Nokia mobile phone ringtone, one of 2 famous early ringtones based on the music of Bach (alongside his Prelude to Cello Suite No.1).  One lesser known take on the classic Badinerie is by Italian drummer Andrea Vadrucci (alias Vadrum) who has made a global reputation for  himself by taking various well-known classical works and re-imagining them into a rock/metal style, and it is this interpretation which acts as the inspiration for this showy, yet tongue-in-cheek feature for percussion.