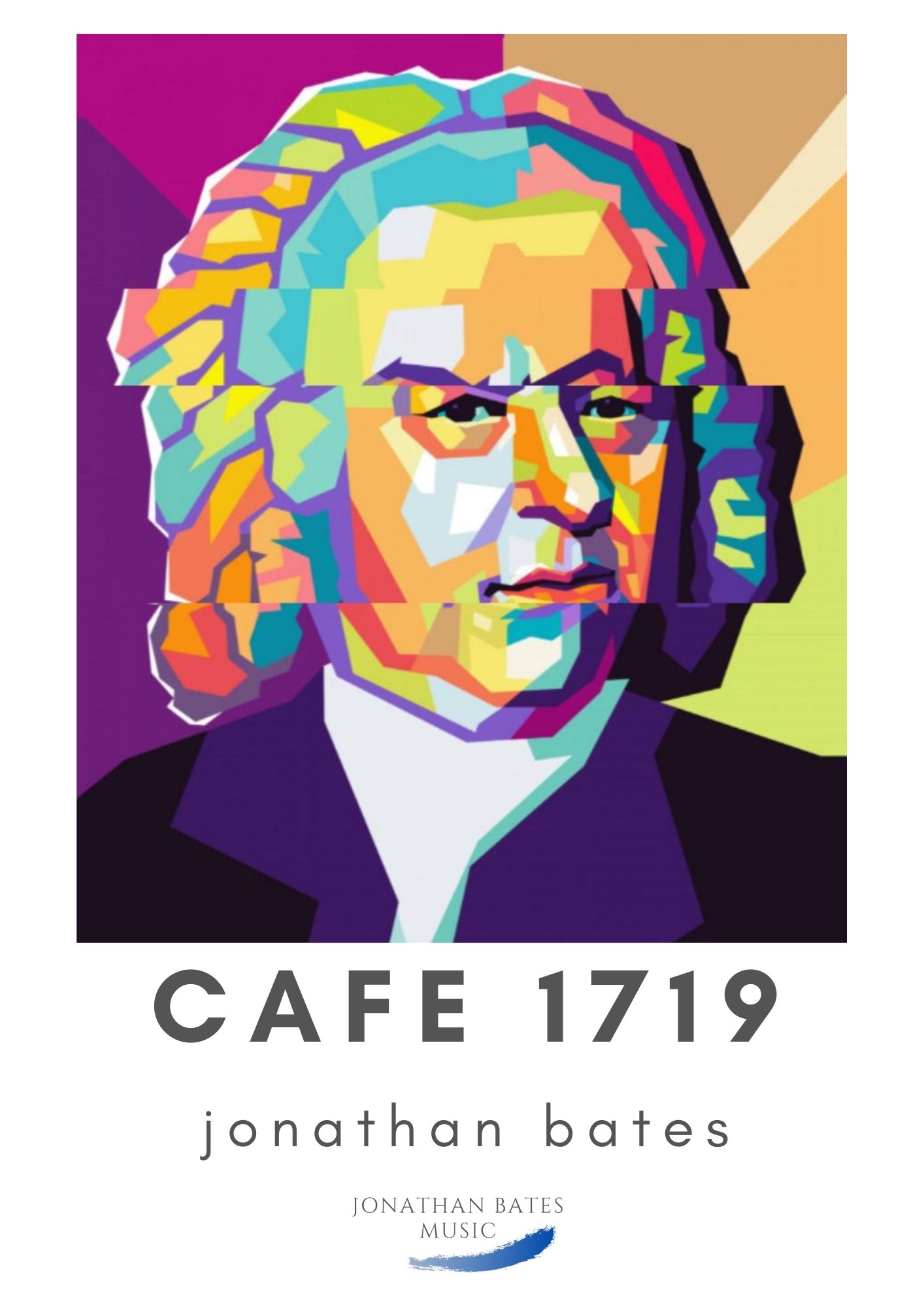 for Brass Band and Percussion

'Café 1719' was composed for the Wantage Silver Band as part of their entertainment contest sets based on the music of Johann Sebastian Bach in 2019. This particular short, jazz-inspired work is composed in tribute to the great French Pianist Jacques Loussier (1934-2019) who received global acclaim for his jazz interpretations of Bach's music, along with many other classical composers.

Despite being born in the same year and living in the same country, Bach and Handel never actually met, but what if they had? Cafe 1917 acts as a musical meeting point - in a fictional Jazz Cafe by the Rhine, with the tenor horn section performing a 'Loussier-esque' version of Bach's  'Prelude No.2 in C Minor' whilst on the other side of the cafe, the trombone section follow suit with their take on Handel's 'Bourree from Music for  the Royal Fireworks'. Eventually the two meet, share ideas and incorporate them into each other's melodies.

Amongst the 2 main featured works by Bach and Handel, the tutti interludes are constructed on music from Bach's 'Toccata and Fugue in D Minor'.