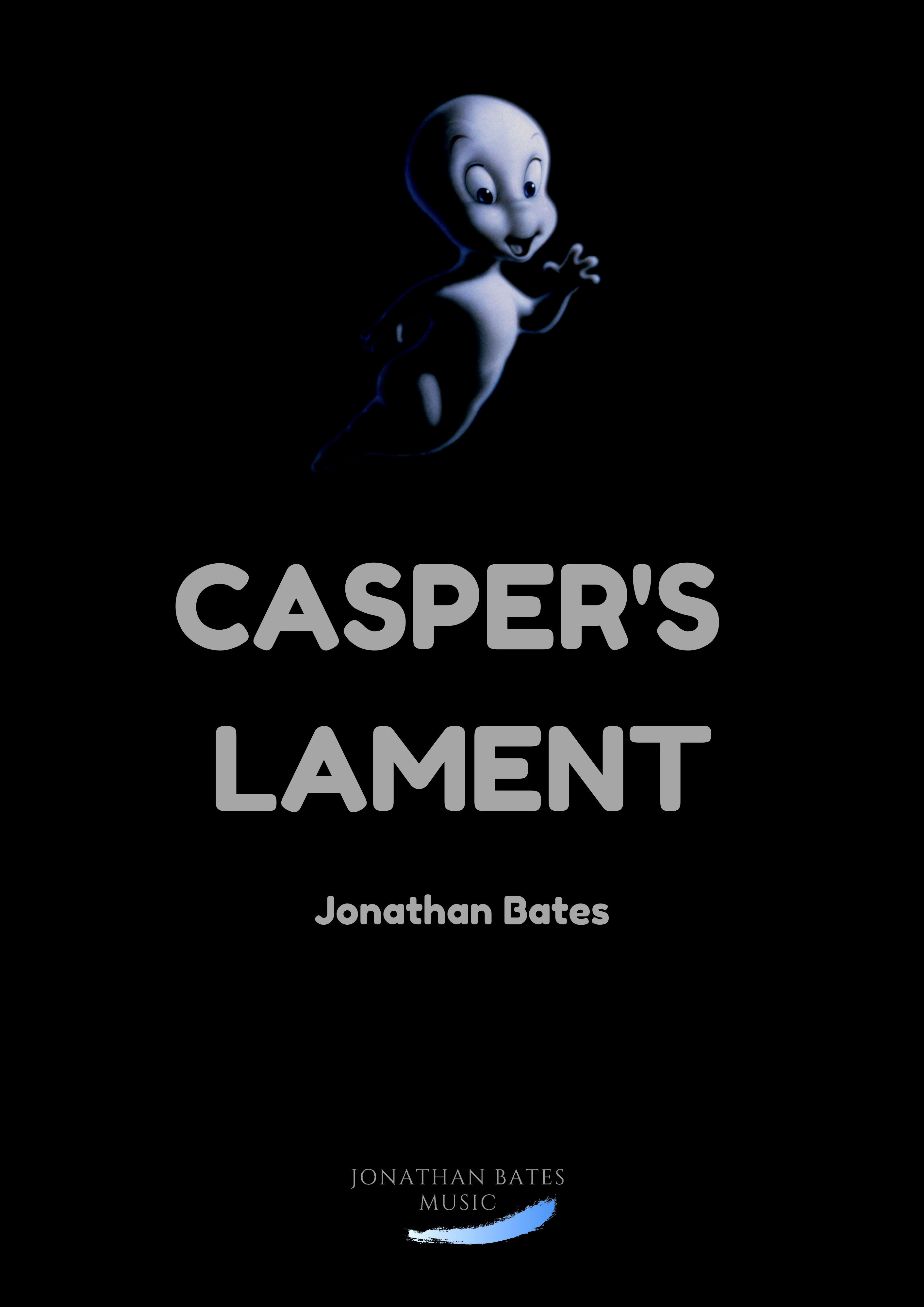 'Casper's Lament' was composed for the Foden's Band's appearance at the 2021 Brass in Concert Championships held at The Sage, gateshead.

The music is inspired by the lesser—known side to 'Casper the Friendly Ghost'; a "good ghost" who — much to the annoyance of his uncles — chooses to help people rather than scare them. Despite the uplifting and joyful narrative to the 'Casper' stories, there is a much more tragic back—story of how he come to be.

Casper's mother passed away during his birth leaving him to be raised solely by his extremely devoted father until the age of 12 when — having begged his father for a sled to play in the snow — Casper contracted pneumonia from playing out in the cold for too long and passed away shortly after.

Throughout Casper's childhood years, the pair were inseparable. So much so, that after his tragically young death, Casper simply could not leave his father to be alone in the mortal world and as a result he stuck around as the ghost we love come to know and love through the many books, series and films over the years.