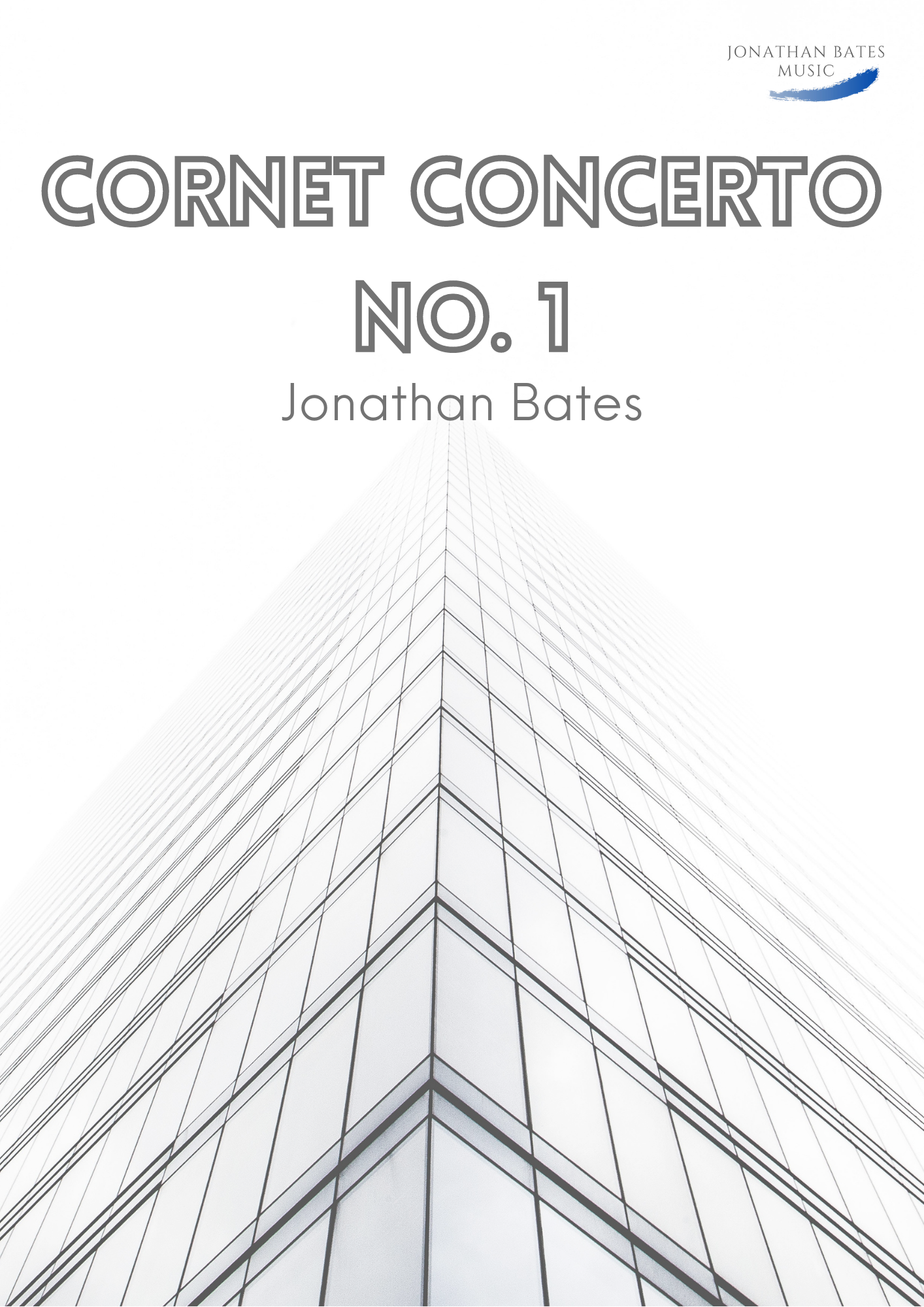 £ 74.99
This product is out of stock.
Product is not available in this quantity.
View Piece

My 'Cornet Concerto No.1' was composed for Lode Violet and Brass Band Willebroek in 2018 and features 2 movements, entitled 'Dystopia' and 'Utopia'.

The nature of the music in the opening section, 'Dystopia', is very jagged, disjointed and unsettling, as the soloist almost battles against the constant churning of the mechanical accompaniment, trying to persevere with it's own ideas and styles without being dragged into conforming to it's surroundings. The movement is based largely on the 3 note interval heard right at the outset of the piece (C, D & G#, a series of notes that lends itself so well to different modes, scales, harmonies and intervals) and this forms  much of the rhythmic and harmonic structure of the opening section.Whilst this movement acts as a virtuoso feature to demonstrate the extended capabilities of both the soloist and instrument, I feel the accompanying ensemble plays an equal role in the narrative of 'dystopia', and features a number of demanding and prominent episodes for soloists within the accompanying band. A short and heavy coda concludes the movement, with a sense of real pain and sorrowfulness as the music fades away into darkness.

'Utopia' opens in an instantly more hopeful nature, with the soloist introducing the first real 'theme' of the movement, taken up shortly by the accompaniment. Throughout this movement, there are a number of timbral and melodic references back to the darkness of 'dystopia', but transformed into a much more positive outlook and soundworld. There is a moment of quiet reflect (using the initial 3 note cell as a basis) before flying head first into a frenzied wild 'tarantella' like section, full of joy and energy which tests the dexterity and light-natured approach to virtuosity (much unlike the heavier material in the 1st movement) of the soloist. Primarily, the concept of this finale is fun - joy, happiness, and freedom from restraint, so the addition of a quirky 'tongue-in-cheek' habanera section offers a brief moment of respite from the craziness of the tarantella. To conclude the work, there is an extended cadenza for the soloist which is built on several motifs heard throughout the concerto, which leads the band into a dramatic and energetic final few bars.