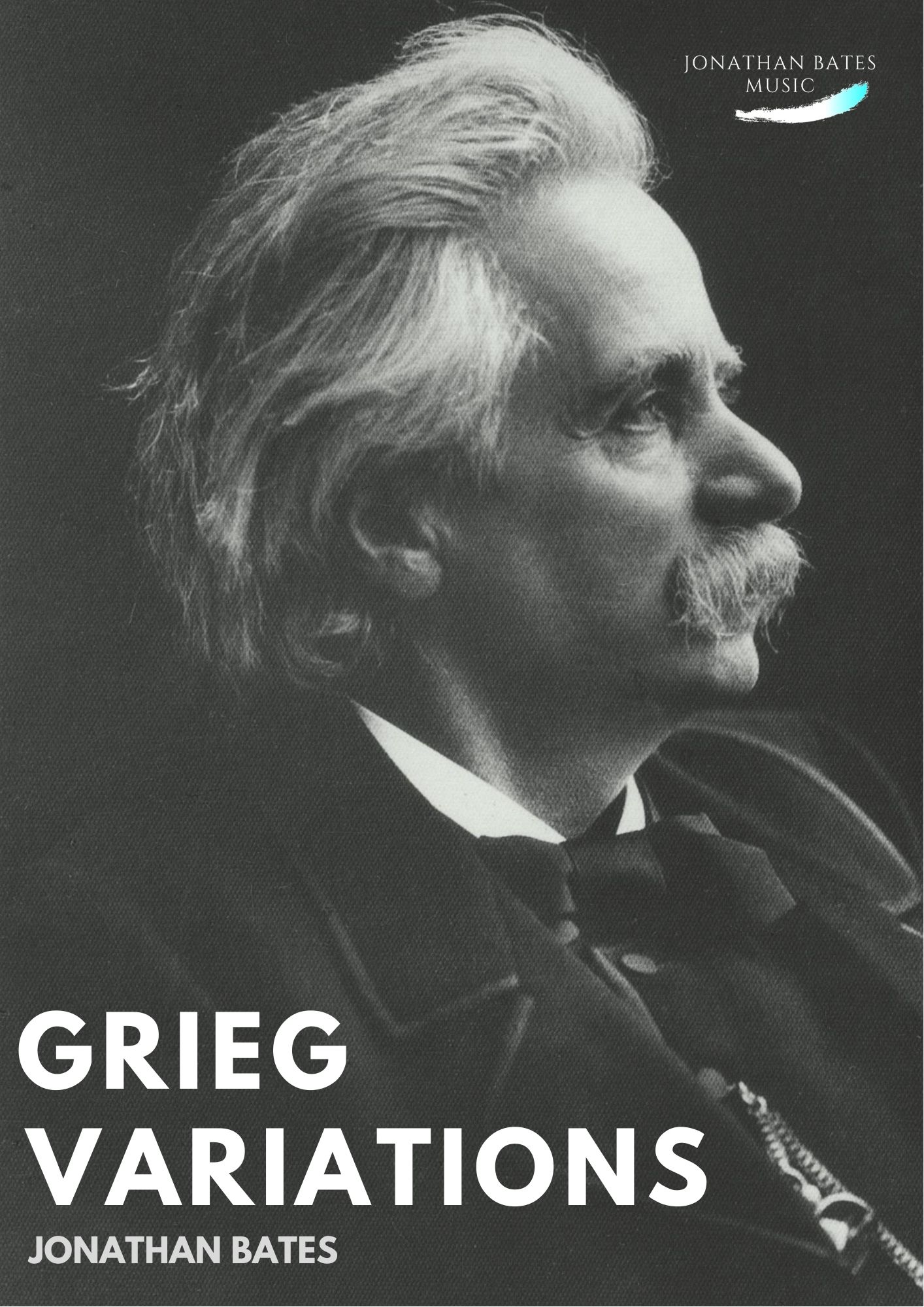 £ 74.95
This product is out of stock.
Product is not available in this quantity.
View Piece

‍'Grieg Variations' is a through-composed work in the traditional style of a 'theme & variations'. The work opens with the main melodic fragment featured throughout Grieg Variations which comes from Grieg's Peer Gynt Suite No.2; the final movement - 'Solveig's Song'.

This theme is followed by a set of 9 variations, each taking inspiration from various melodies and styles found within the Peer Gynt Suite. The first variation, a light-footed scherzo based upon the tonal line of Solveig's Song is followed by an 'Alla marcia' variation - in which the music is inspired by the 2nd movement - 'Arab Dance' - of the original suite. The 3rd variation takes a far darker and more aggressive turn in a variation set around the music of the 1st movement of the Peer Gynt Suite before a relaxation into a solemne revisiting of the original theme. Opening with a sombre and longing solo for Flugel horn, the focal point of this 4th variation is an extended solo for the Solo Euphonium, marked 'molto espressivo'. The new material here is used as a theme throughout this variation, being reprised by the full band immediately after as the music builds to a climax point at the top of the musical line.

Following this, there are 2 cadenzas for the Solo Horn and Solo Cornet respectively; the former inspired by the thematic material of Solveig's Song, and the latter from the Oboe cadenza at the beginning of Grieg's '2 Lyric Pieces, Op.68'. These cadenzas lead swiftly into the 7th variation, a bustling rhyhm-driven movement set in complex time. The 3rd movement of the Peer Gynt Suite No.2 - 'Peer Gynt's Homecoming' - makes it's first appearance in variation 8 in a triumphant battle-like setting before a combination of both this material and the Solveig's Song combine to bring Grieg Variations to it's close -not without a little nod to potentially Grieg's most famous work - In The Hall of the Mountain King.