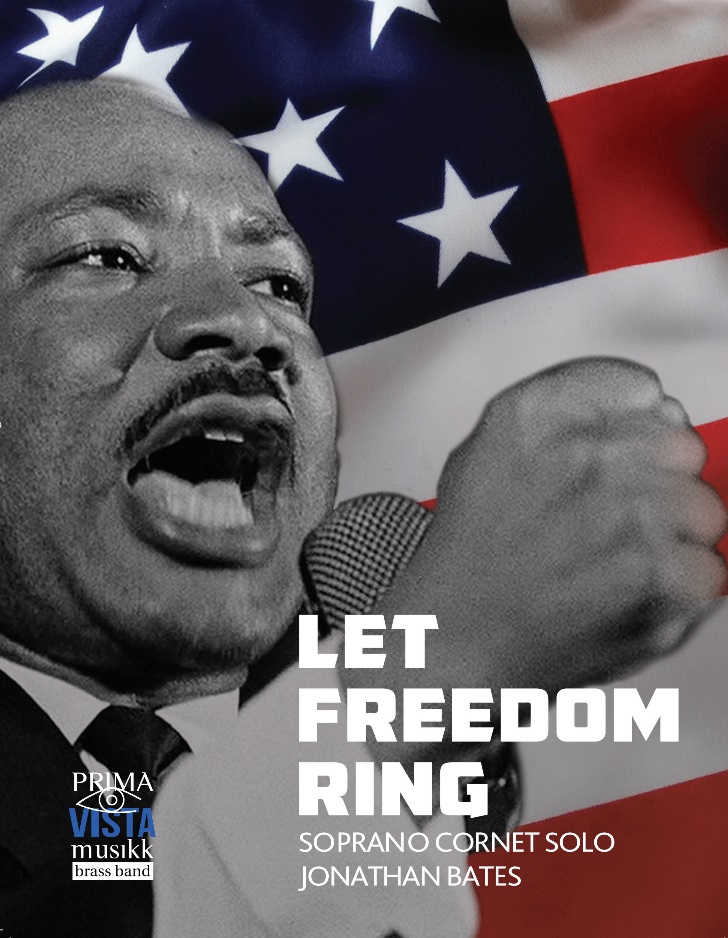 For Soprano Cornet and Brass Band

In 1968, the civil rights movement lost its most iconic leader in Martin Luther King Jnr. His activism and inspirational speeches played a pivotal role in ending legal segregation and it is King's famous "I Have a Dream" speech that is the inspiration behind this soprano solo, Let Freedom Ring, commissioned by David Childs for Paul Richards and the Flowers Band. Paul performed this solo to great acclaim at both the Butlins and Brass in Concert championships in 2018, picking up the best soloist award at both.