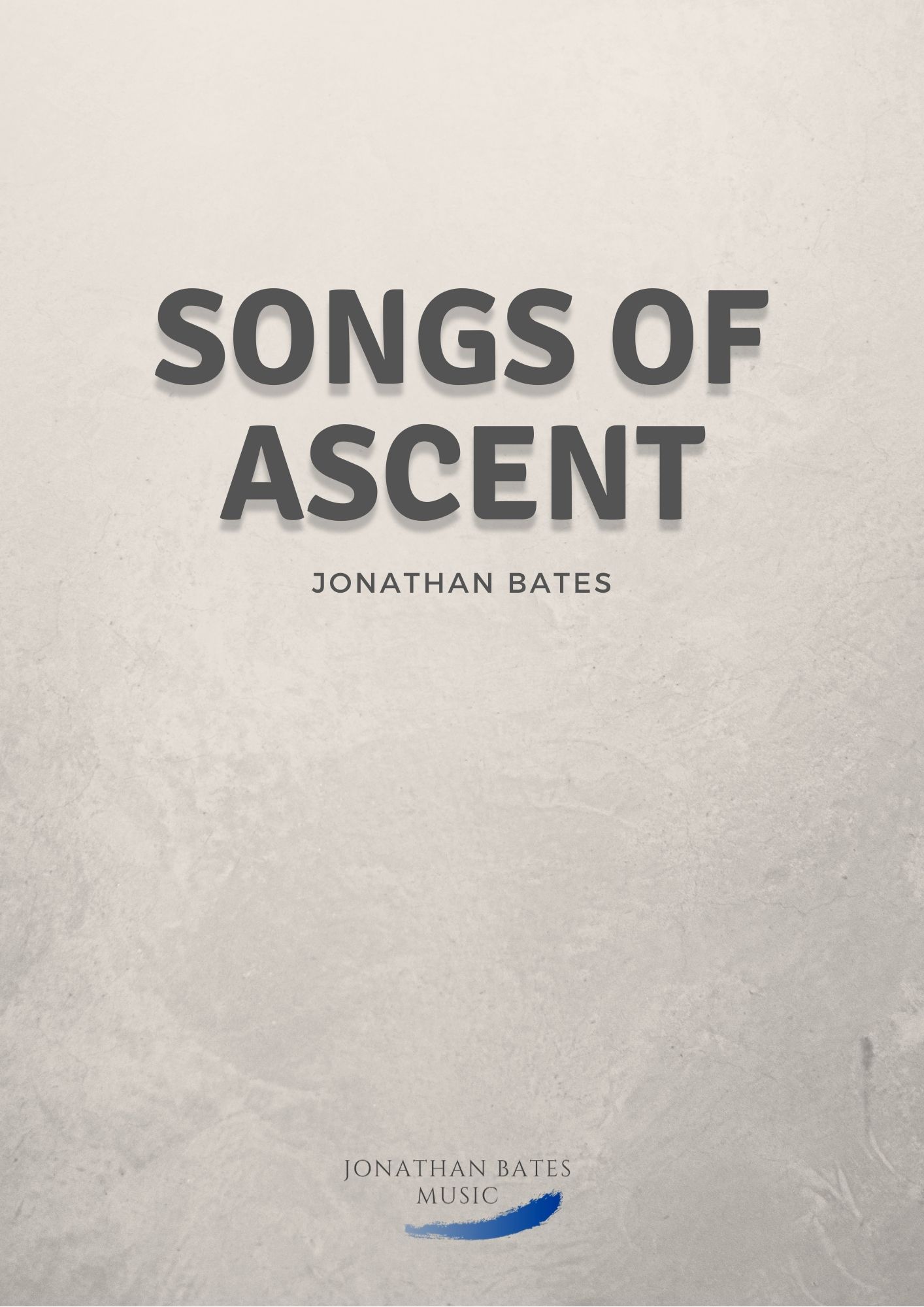 £ 89.95
This product is out of stock.
Product is not available in this quantity.
View Piece

'Songs of Ascent' was composed for the Royal Northern College of Music Brass Band, as part of their programme for the 2019 RNCM Festival of Brass. In my view, the festival itself is the leading showcase for original contemporary music for the medium (in a concert setting) in the world and therefore an ideal place to explore new ideas and sounds, which was a notion fundamental to the construction of this work.

The piece is subtitled 'Out of the Depths, I cry to you, O Lord'; the opening line of Psalm 130 (which forms part of a set of 15 psalsm, 120-134 known as the Songs of Ascent") which forms the main inspiration for much of the musical material. Following an extended opening for four individual tuba lines, there are a number of solos for members of the band off stage, with bleak and deep accompaniment lines, reflecting the words of Psalm 130.

Amongst these 'songs of ascents', the most common and strong themes are repentance and redemption; with the central core of this work emerging 'from the depths' to reveal one of very few calming and reflective passages of the work utilising the tune of 'Guide Me O Thy Great Redeemer' in a new setting, featuring the Solo Horn and Bass Trombone, before returning to the ethereal and dark timbres that form much of the music up to this point.

In terms of compositional technique, this work is solely based on a set of 4 9-note scales in their various unique transpositions (below). Each of these scales provide a set of 2 whole tone scales, 6 minor triads, 6 major triads and is built on 9 augmented triads. Whilst most of the music in this work is based melodically on the set of notes (heard right at the outset in the motif in the tuba line), the central section delves into the harmonic capabilities of these 'modes', using a number of the 7 'keys' which can be derived from the minor & major chords derived in each scale. All 4 scales are used independantly to each other, with whole sections of the work focussing on each mode.

'Songs of Ascent' was selected as the set work for the Championship Section at the Butlin's Mineworker's Championships in 2020.