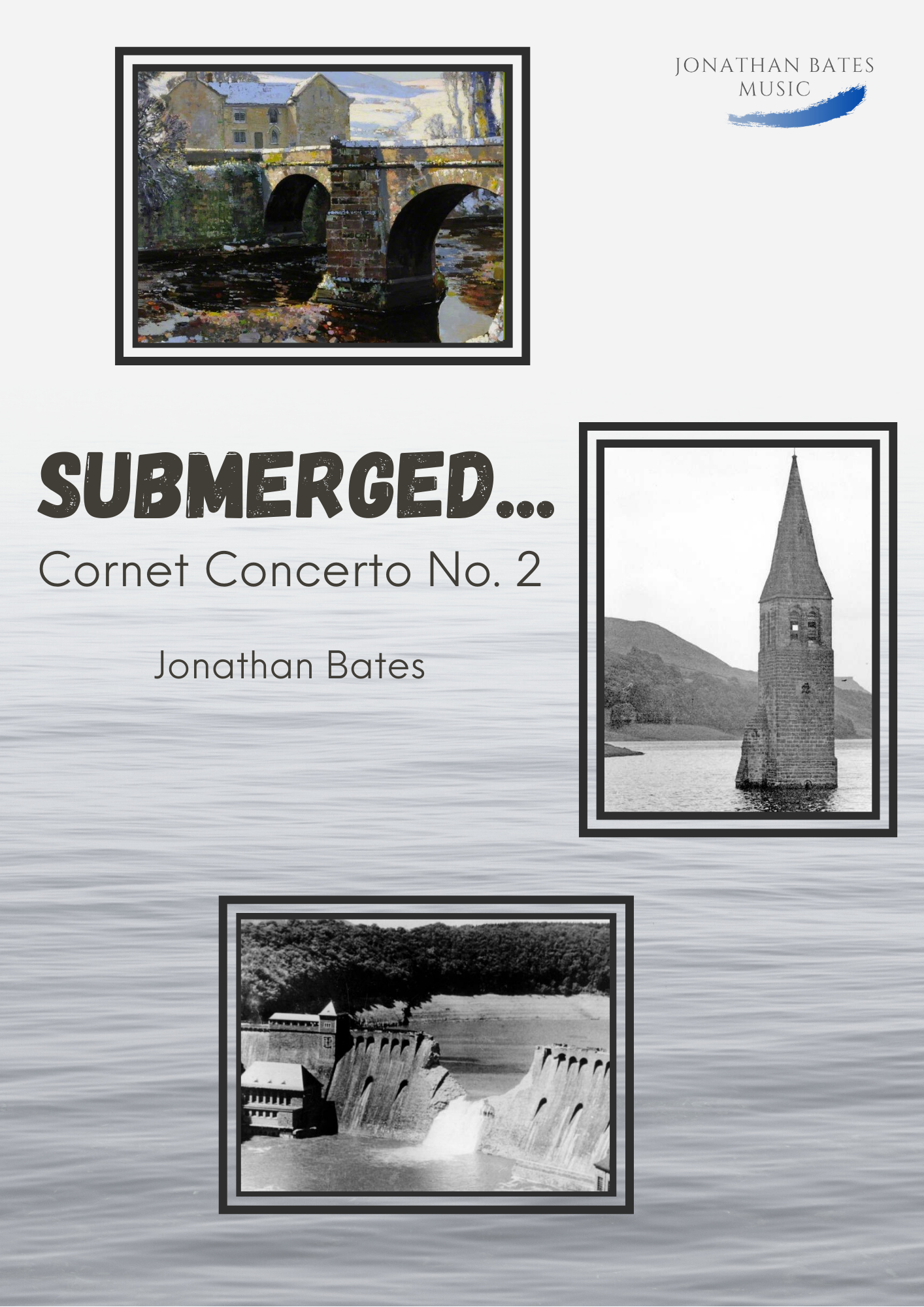 £ 19.99
This product is out of stock.
Product is not available in this quantity.
View Piece

'Submerged...' is a virtuoso concerto for Cornet composed as a response to the 'lost' Derbyshire villages of Ashopton & Derwent,

Sheffield and it's steel industry during World War 2. The work is through-composed but is defined by 3 clear main sections, 'The

Packhorse Bridge, Derwent', 'Ashopton Chapel' and 'Operation Chastise'. Much of the melodic and harmonic material throughout the

concerto is inspired by 3 contrasting sources; an original motif of towering block chords which opens the concerto, the famous opening

fragment of Eric Ball's 'High Peak' (1969) which was composed as a tribute to the district of Derbyshire where Ashopton & Derwent lie,

and finally Claude Debussy's haunting 'La Cathédrale Engloutie' or 'The Sunken Cathedral', which was composed in 1910 around the legend of

the submerged cathedral of Ys.

One of the most striking features of the former village of Derwent was it's Packhorse Bridge, which spanned the River Derwent

Royle painted a striking image of the two in midwinter, with the partially frozen river sat quietly underneath the snow-topped

bridge in the foreground, while the old hall sits peacefully and dark in the background. The opening setion of this concerto paints

this picture in a quite schizophrenic manner; with frosty, shrill march-like material picturing the villagers crossing the narrow icy

bridge, combined with wild and frenzied waltz music of the grand hall and it's masquerade balls laying, for now, quietly mysterious

Ashopton was much the smaller and less-populated of the 2 'lost' villages, but still bore home to a Roman Catholic Chapel which was

the focal point of the village. The chapel - along with the rest of Ashopton - was drowned in 1943, but the final service to take place there

was held in 1939, with the final hymn being 'Day's Dying in the West'. This hymn forms a haunting coda to the 2nd section, with firstly the

the rumble of storms as the village hypothetically disappears from existence with the hymn tune still echoing around the valley, before

subsiding into the growing roar of the engine of a Lancaster Bomber as it soars overhead towards Derwent to practise it's 'Dam-Buster' raid.

Derbyshire High Peak, and during the 2nd World War was used as one of the central low-atitude practise areas of the 617 Squadron - more

commonly known affectionately as the 'Dambusters'. Before the destruction of Derwent, it's 'Packhorse Bridge' was dismantled stone by stone

and re-assembled upstream at Howden Dam to the north end of Derwent Reservoir. This is where the music begins, with a reconstruction of

the opening material before taking flight into a whirlwind tour of virtuosity from the soloist.