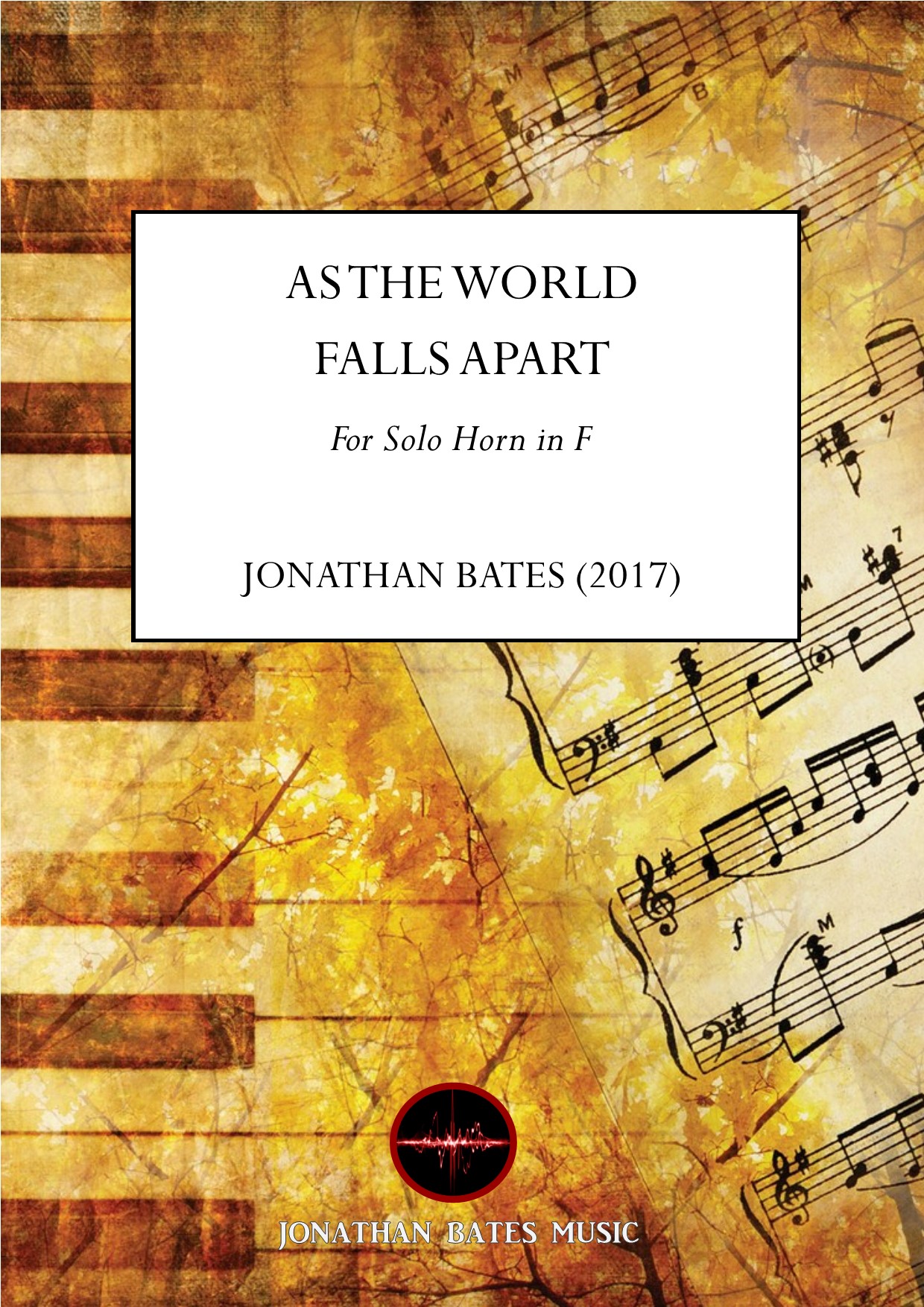 As The World Falls Apart...
For Solo Horn in F
Digital download

As The World Falls Apart...

For Solo Horn in F

£ 19.95
This product is out of stock.
Product is not available in this quantity.
View Piece

'As The World Falls Apart' was composed for David Maxted as part of the programme for his BMus Final Recital at the RNCM in May 2017.

The work was composed in a time of real political and social divide, with chaos only ever seeming minutes away, and the base of the piece is one of serenity and traniquility amongst the bedlam which is occurring around us all.

Originally, the work was planned to be a totally free unaccompanied work for solo horn, however I wanted to make use of the vast space the RNCM concert hall can offer with the surround-sound speakers and decided to utilise a short sound effect track to enhance the feeling of chaos as the music reaches it's peak in dynamic and intensity.